On June 12th, the La Mesa Chamber of Commerce hosted the 9th Annual “Taste of La Mesa.” Hundreds of guests took a stroll through both sides of the La Mesa Community Center that had food displays and sponsors staged throughout the entire facility. People could eat their hearts out from over 24 restaurants and caterers, while sipping wines from six different wineries/wine partners, as well as enjoy a cold beer from premier beer sponsor, Samuel Adams. As guests entered they were tantalized by the aroma of the grills preparing freshly grilled sliders from The Hills Local Pub and other delights. VIP ticket holders entering at 5 p.m. were afforded an “up close and personal” visit with the restaurants and vendors as they walked around the rooms and filled their plates with their first samplings of delicious foods.

At 6 p.m. the General Admission ticket holders joined the crowd and the party rocked on! All ticket holders could visit the restaurants of their choice, as many times as they wished -no limit on their visits – making this a unique tasting experience. Just when people thought they had their fill, they were tempted to try samples of tasty desserts from various restaurants which completed the evening. An added feature of this year’s event was the sponsorship of the professional sound equipment, as well as the announcers from Studio M.I.F adding to the evening announcements and sponsor recognition.

There is nothing better than the winning combination of putting great people together in an interactive setting, with good conversation and then adding delicious food – this makes for a winning recipe and made the 9th Annual Taste of La Mesa, the true “feast in the east” where everyone could “eat their hearts out” in La Mesa!

Thank You to Our Food & Beverage Providers 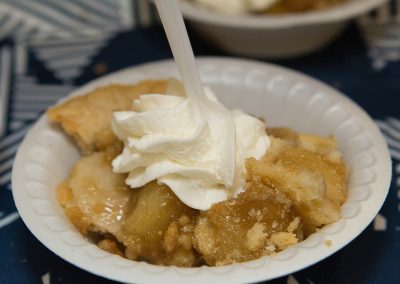 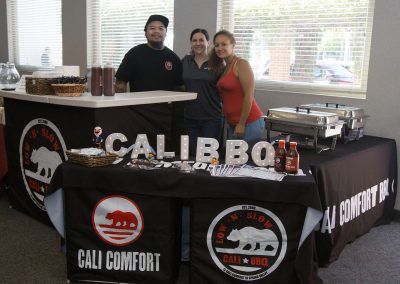 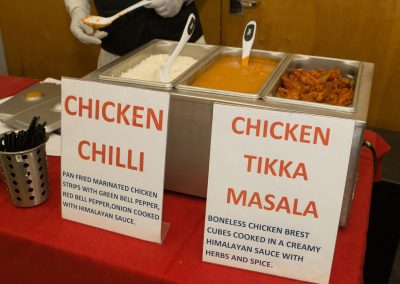 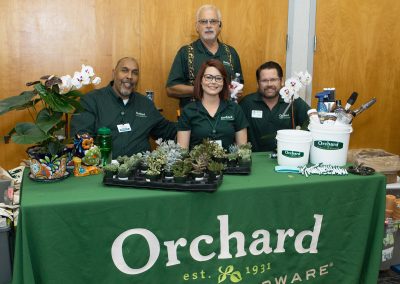