The 2016 Salute to Local Heroes Have Their Own Red Carpet Moment!
Photos courtesy of Sandra Small Photography

The La Mesa Chamber of Commerce held its 8th Annual Salute to Local Heroes on Wednesday, February 24th at the Town & Country Hotel and celebrated our own group of “Oscar” winners, our 2016 local heroes.

This year’s 7 heroes are as important to our community as any “Best Picture” or “Best Actor” award. They have made an amazing impact on the lives of others. Our heroes were recognized for some of the following feats: A baby was saved from choking to death, a teenager was saved from taking her life by jumping off of a trolley bridge, a motorcyclist in critical condition was helped at the scene of an accident and is still recovering, 63 arrests were made involving both sales and possession of narcotics, wanted fugitives, burglary, robbery, assaults and identity theft and two Retired Senior Volunteer Patrol were honored for assisting the La Mesa Police Department in the daily tasks need to run the organization, as well as for their combined volunteer hours since 1998 to the City of La Mesa of 9,100 hours.

This year’s heroes are: Paramedics – American Medical Response, Jon Alva and Robert Ivery, Heartland Fire & Rescue – La Mesa, Fire Captain David Hardenburger, La Mesa Police Department, Detective Bucky Wright and Master Officer Lillie Chase, and La Mesa Police Department Retired Senior Volunteer Patrol Nonie Beach and Ray Rendina. These fine men and women have made a tremendous difference in our community. Our annual dinner allows us to come together and honor those who are dedicated to the citizens of La Mesa and to our entire community. Congratulations to this year’s 7 local heroes!

A special thank you to the following sponsors who helped make the evening possible via this year’s themed, The Magnificent Mardi Gras: 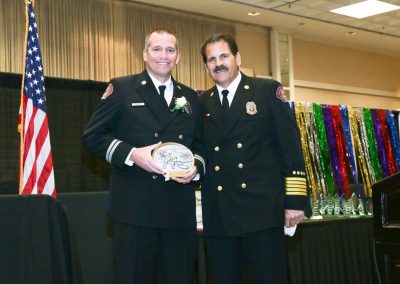 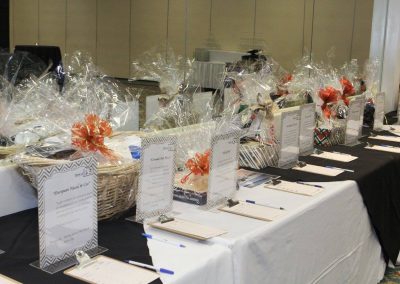 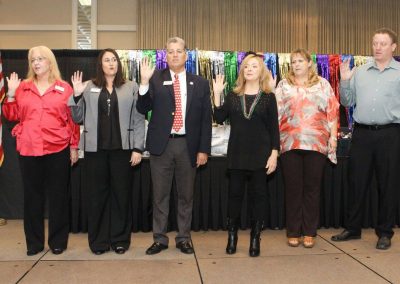 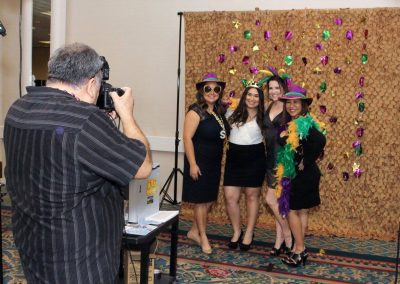